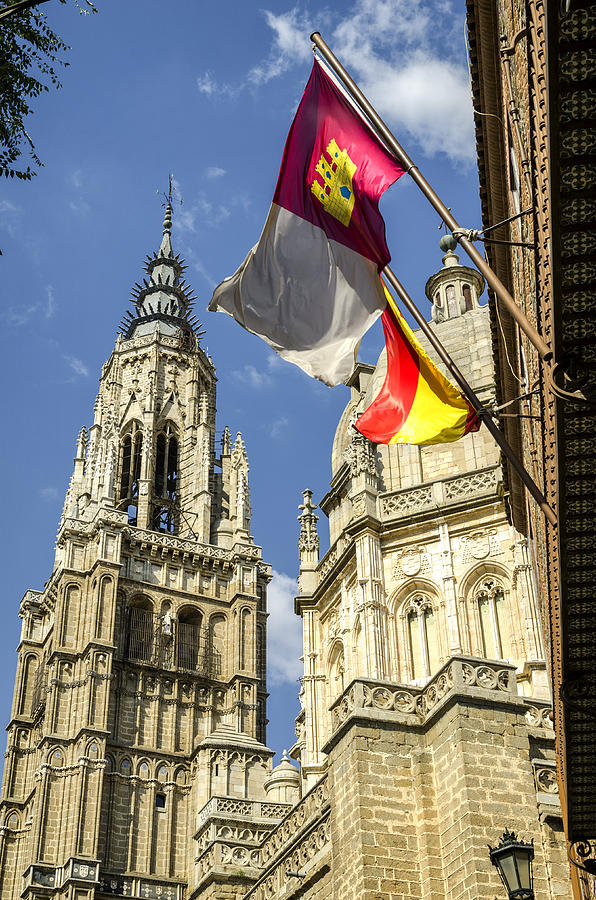 The Primate Cathedral of Saint Mary of Toledo, or Catedral Primada de Santa Maria de Toledo in Spanish, is a Roman Catholic cathedral in Toledo, Spain, in the Metropolitan Archdiocese of Toledo.

The cathedral of Toledo is one of the three 13th-century High Gothic cathedrals in Spain and is considered, in the opinion of some authorities, to be the magnum opus of the Gothic style in Spain. It was begun in 1226 under the rule of Ferdinand III and the last Gothic contributions were made in the 15th century when, in 1493, the vaults of the central nave were finished during the time of the Catholic Monarchs. It was modeled after the Bourges Cathedral, although its five naves plan is a consequence of the constructors' intention to cover all of the sacred space of the former city mosque with the cathedral, and of the former sahn with the cloister. It also combines some characteristics of the Mudejar style, mainly in the cloister, and with the presence of multifoiled arches in the triforium. The spectacular incorporation of light and the structural achievements of the ambulatory vaults are some of its more remarkable aspects. It is built with white limestone from the quarries of Olihuelas, near Toledo.

It is popularly known as Dives Toletana (meaning The Rich Toledan in Latin).