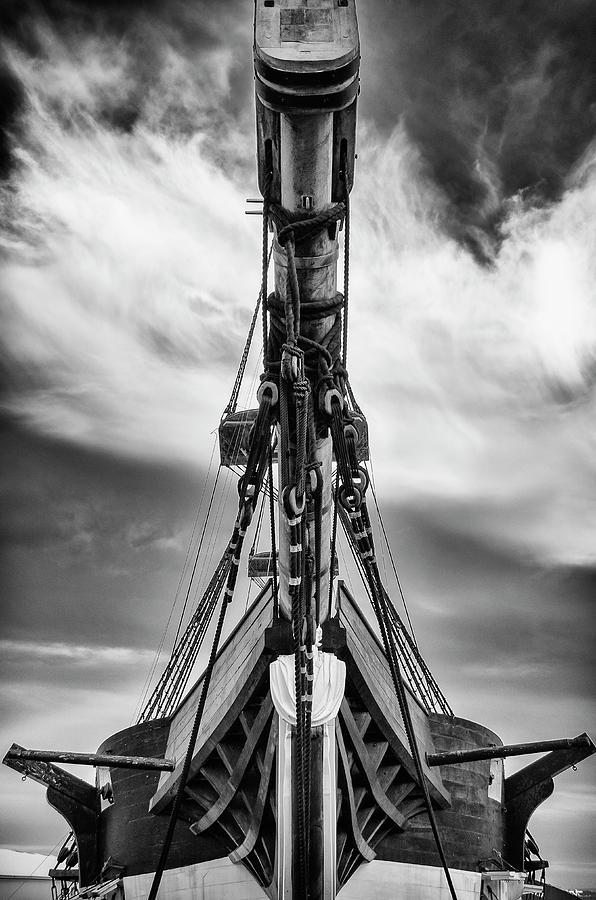 The "Dom Fernando II e Gloria", the last sailing ship to serve in the Portuguese Navy and the last man of war on the "India Run", a regular military route that linked Portugal to that former colony during more than three centuries. She was the last tall ship of the Navy to be built at the Royal Navy Shipyards in Damao (India).

The first-rate Teak of the forests of Nagar-Avell, considered to be the most resistant and the best quality was used in her construction. She was launched in 1843 and towed to Goa to set the masts and to be fitted out as a full-rigged vessel.

During thirty years she sailed over 100.000 nautical miles, which correspond to five turns around the world. Her armament consisted of 44 guns. The crew varied, depending on the mission to be undertaken, from a minimum of 145 to a maximum of 379 men.

In 1963 the "Dom Fernando" was seriously damaged by a fire, having remained stuck in the river Tagus until 1992, when she underwent restoration in the "Ria Marine" shipyard, in Aveiro. In 1997 the Frigate returned to Lisbon to complete restoration works and realized the final fitting out and rigging on the vessel, including masts, rigging and sails at Alfeite Arsenal, in addition to fitting her out as a museum. In April 1998 she was delivered to the Navy as an auxiliary unit and opened to the public at EXPO 98.