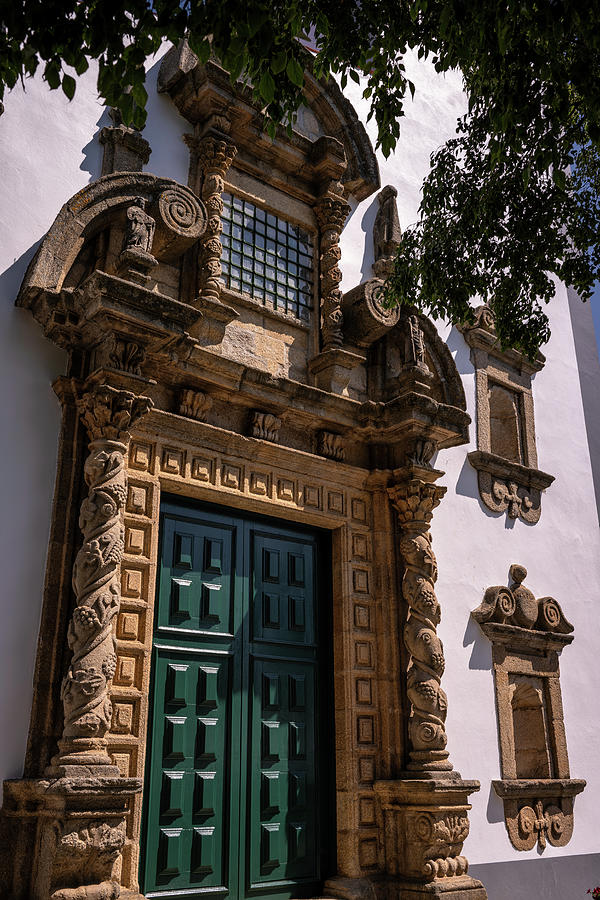 Inside the City Walls of the Braganza Citadel, it was built in the 16th century, and it is also known as Igreja de Nuestra Senora del Sardao.

The oldest in the city, this romanesque style church was, for two centuries, modified to the baroque style. The facade shows a baroque gate decorated with two salomonic columns with leaves of grapevines and bunches of grapes.

The origin of the church dates back to the 11th-12th centuries, although the present church is largely 18th century. Abutting the church (not seen) is the Domus Municipalis a rare surviving example of Romanesque civic architecture.

Braganza is a city and municipality in north-eastern Portugal, capital of the district of Braganza, in the Terras de Tras-os-Montes subregion of Portugal.

Of the 18 Portuguese historical district capitals, Braganza is the farthest from Lisbon, the national capital.

The seat of the municipality is the city of Braganza, which consists of the parish Se, Santa Maria e Meixedo. In the hierarchy of Portuguese urban communities, Braganza is only second to Chaves in the sub-region of the Alto Tras-os-Montes. Historically, the municipality has seen a demographic evolution. The city of Braganza has generally seen positive growth, being the capital of the region, and attracting a more youthful component. Se and Santa Maria, the two primarily urban parishes, benefited directly from this, becoming the dynamic engine of growth in the territory, and developing into a pole in the interior northeast.

Notable landmarks in the city include the 12th-century Domus Municipalis (Portugal's oldest and largest town hall) in Romanesque style, the Renaissance cathedral, and the old town walls, which are still well preserved and look down on the river and the modern city.