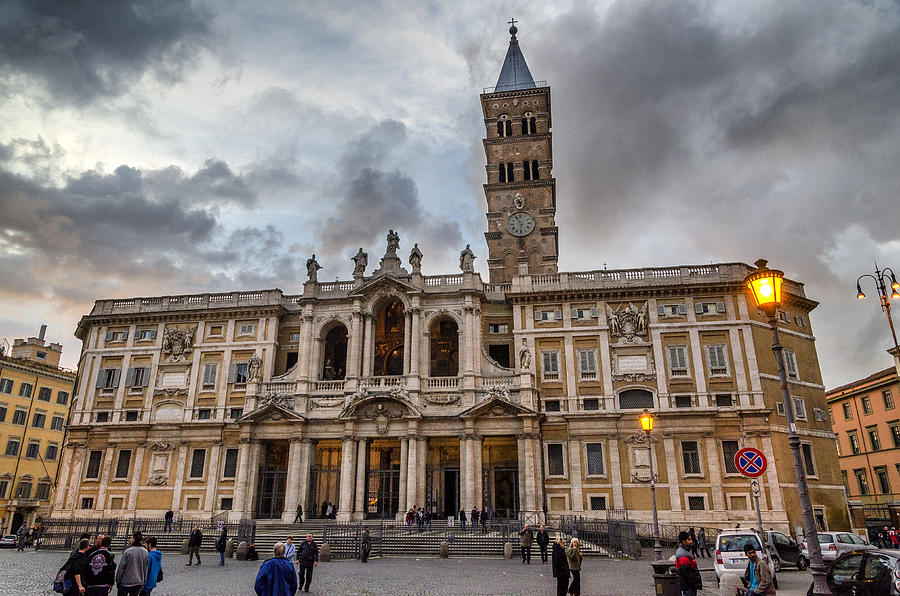 The temple of Santa Maria Maggiore in Rome, Italy.

Other churches in Rome dedicated to Mary include Santa Maria in Trastevere, Santa Maria in Aracoeli, and Santa Maria sopra Minerva, but the greater size of the Basilica of Saint Mary Major justifies the adjective by which it is distinguished from the other 25.

According to the 1929 Lateran Treaty, the basilica located in Italian territory is owned by the Holy See and enjoys extraterritorial status similar to that of foreign embassies. The building is patrolled internally by police agents of Vatican City State, not by Italian police. It is located on Piazza del Esquilino, number 34, some five blocks southwest of the Stazione Termini.