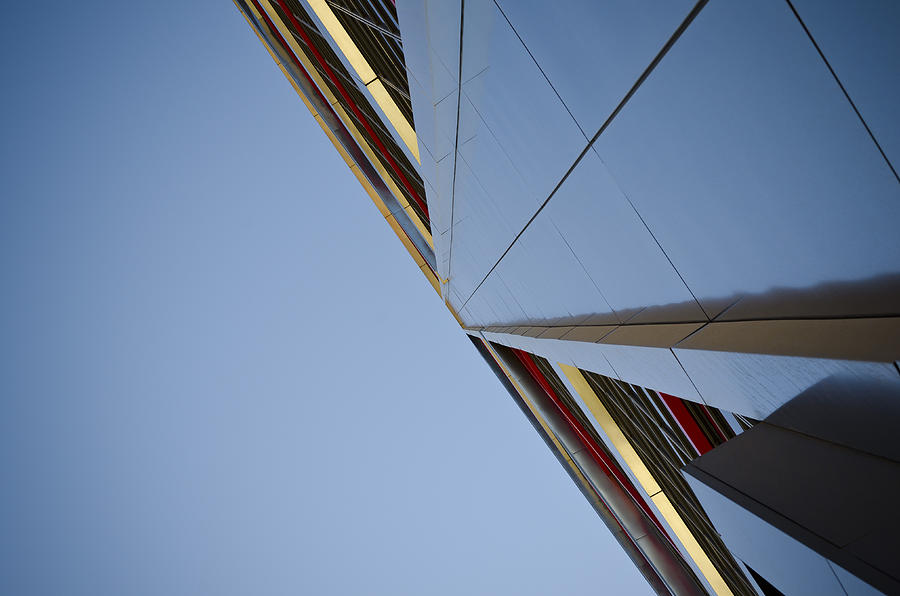 Sky is the Limit

Sky is the Limit

One of the Kio Towers in Madrid (Spain).

The Gate of Europe towers, or Puerta de Europa in Spanish, also known as KIO Towers (Torres KIO), are twin office buildings in Madrid, Spain. The towers have a height of 114 m (374 ft) and have 26 floors. They were constructed from 1989 to 1996. The Puerta de Europa is the second tallest twin towers in Spain after the Torres de Santa Cruz in Santa Cruz de Tenerife.

The Gate of Europe towers were designed by the American architects Philip Johnson and John Burgee, built by Fomento de Construcciones y Contratas and commissioned by the Kuwait Investment Office (hence their initial name "Torres KIO" or "KIO Towers"). Leslie E. Robertson Associates, RLLP New York (LERA) provided structural engineering services. Each building is 115 m tall with an inclination of 15°, making them the first inclined skyscrapers in the world. They are located near the Chamartín railway station, on the sides of the Plaza de Castilla bus station, north from the Paseo de la Castellana and near the Cuatro Torres Business Area (CTBA).

The towers played a key role in the 1995 movie The Day of the Beast, whose climax took place on one of the then nearly-completed towers. The towers were also shot in the song sequence "oru koodai sunlight" in the popular Tamil film Sivaji.