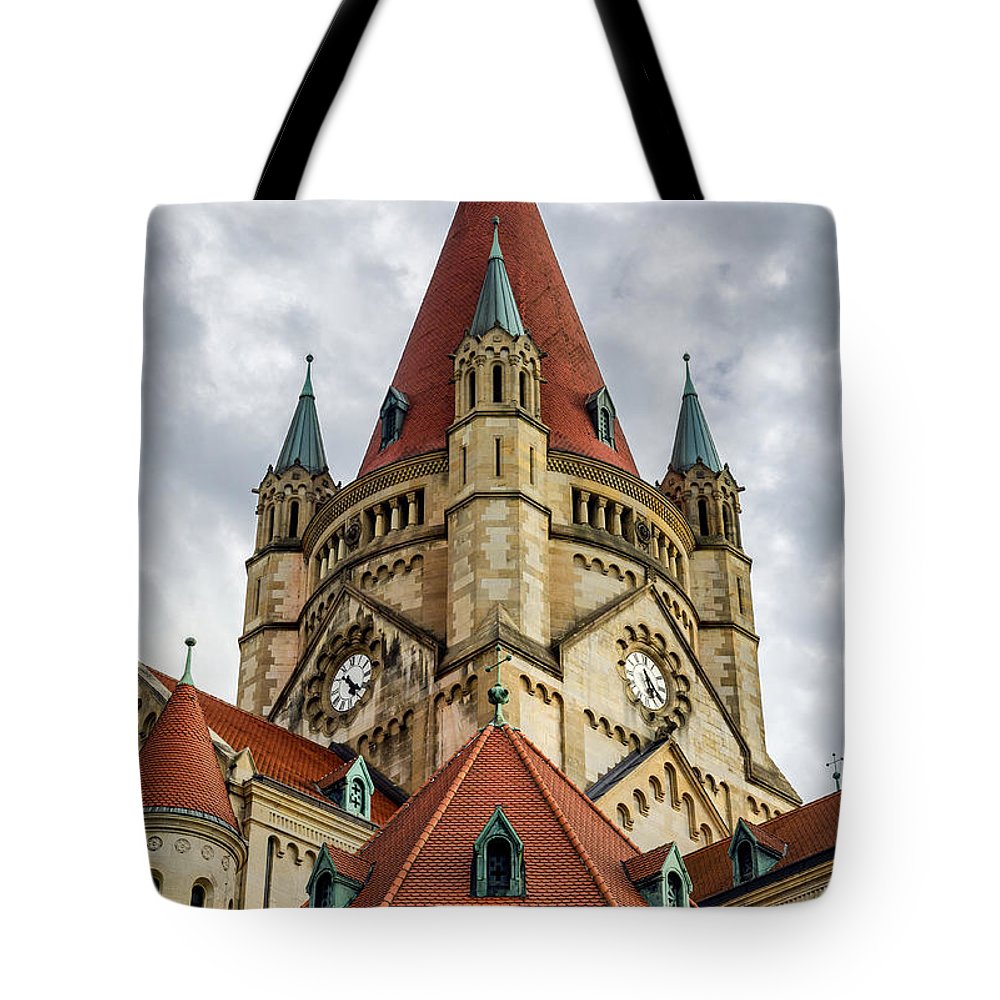 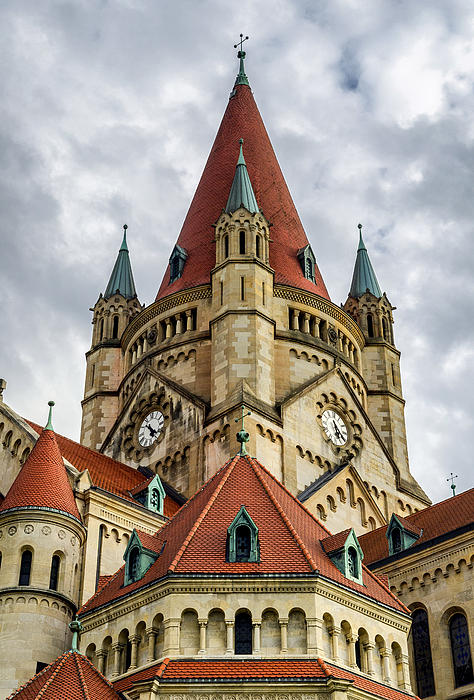 Boundary: Bleed area may not be visible.

Click and drag to re-position the image, if desired.

The image is near the edges of the product but doesn't cover the entire product.   Some of the background color may appear around the outside edges of the image.

Purchase a tote bag featuring the photograph "St. Francis of Assisi Church in Vienna" by Pablo Lopez.   Our tote bags are made from soft, durable, poly-poplin fabric and include a 1" black strap for easy carrying on your shoulder.   All seams are double-stitched for added durability.   Each tote bag is machine-washable in cold water and is printed on both sides using the same image.

St. Francis of Assisi Church, also known as the Kaiser Jubilee Church and the Mexico Church, is a Basilica-style Catholic church in Vienna, Austria.... more

Thank you so much, Judy!

St. Francis of Assisi Church, also known as the Kaiser Jubilee Church and the Mexico Church, is a Basilica-style Catholic church in Vienna, Austria. Built between 1898 and 1910, it was consecrated in 1913. It is located on the Mexikoplatz in Vienna's Second District, Leopoldstadt, and is administered by the Order of the Holy Trinity. The construction of the church celebrated the 50th anniversary of the reign of Emperor Franz Joseph I of Austria. A competition was held to select the design and was won by architect Victor Luntz. The four-bay, basilica-like brick building was intended as a garrison church; designed in the Rhenish-Romanesque style, its three red-tiled towers are visible several kilometres away. The church, which is directly situated near the Danube, is now home to the Vienna English Speaking Catholic Community (VESCC) who have held weekly masses at the church since moving there in 2009.

Thank you so much for coming by to view my artwork. I am a portrait and travel Spanish photographer, currently living in Madrid and taking every chance to visit new countries and explore new places. If you would like to download my images for your commercial or personal use, you can do it through Licensing Pixels If you are interested in my artwork as prints, greeting cards or phone cases, you can find several options here or in my personal website, which you will find at PabloLopezPhotography.com I am also happy to receive any questions or thoughts. You can contact me through the link on this page and I will answer promptly. Thank you again for visiting. I really hope you enjoy my work.