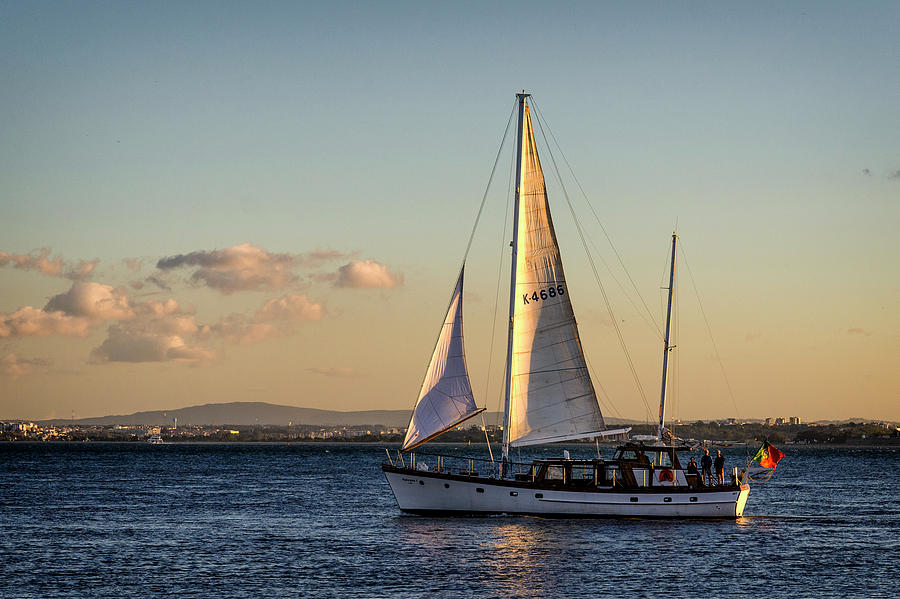 Sail Away from Lisbon

Sail Away from Lisbon

Lisbon is situated on the northern banks of the River Tagus and the slow flowing waters of the river helped create Lisbon the magnificent and vibrant city that it is today. The river was the initial factor that established Lisbon as a significant Roman port as the estuary provided protection from the ferocious Atlantic Ocean and from this founding the city has never looked back.

The 14th century heralded in the the Age of Discover that was regarded as the golden age of Portugal. These expeditions originated from the docks that ran the length of western Lisbon and once the colonies were established the wealth of the new lands poured back into Lisbon to fund the extravagance of the era. The Portuguese as a nation are emigrants with communities dotted throughout the world and this characteristic can be traced back to the close connection with the seas and the rivers of which the Tagus is the most important.

The River Tagus flows into the Lisbon region from the north of Portugal and opens into a wide but shallow estuary that borders Lisbon to the east. The estuary flows out into the Atlantic Ocean in a westerly direction between the high cliff headlands on the south bank and the flatter slopes of the capital.

At the narrowest point of the mouth of the Tagus estuary the Ponte de 25th Abril suspension bridge connects the capital with the southern commuter districts of Alameda. This bottle neck traveling south was alleviated by the Vasco da Gama Bridge which stretches out from eastern Lisbon for 17km to the western bank of the Rio Tejo estuary.

The Tagus estuary and Rio Tejo provide visitors to Lisbon a fantastic way to view the capital.