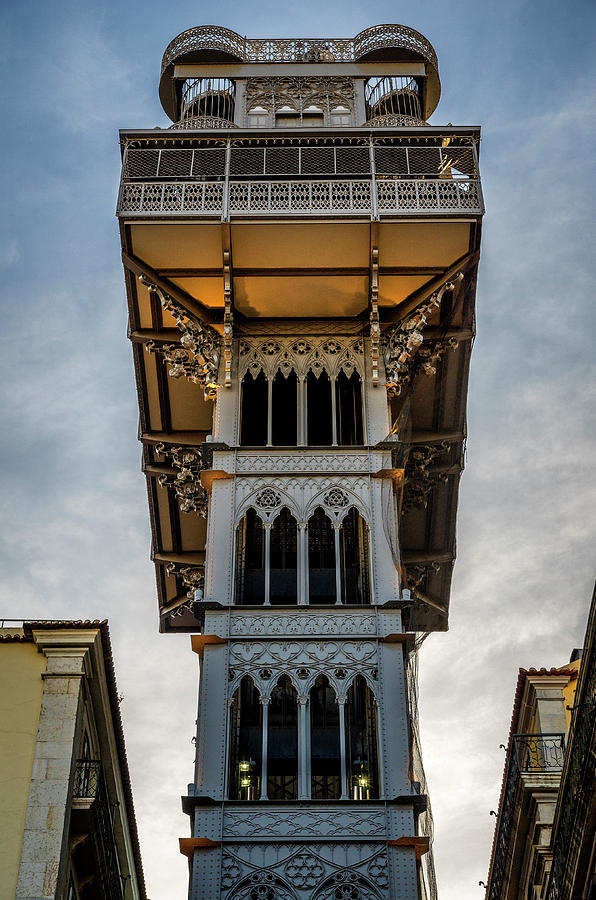 The Santa Justa Lift is an elevator, or lift, in the civil parish of Santa Justa, in the historical city of Lisbon, Portugal. Situated at the end of Rua de Santa Justa, it connects the lower streets of the Baixa with the higher Largo do Carmo (Carmo Square).

Since its construction the Lift has become a tourist attraction for Lisbon as, among the urban lifts in the city, Santa Justa is the only remaining vertical (conventional) one. Others, including Elevador da Gloria and Elevador da Bica, are actually funicular railways, and the other lift constructed around the same time, the Elevator of Sao Juliao, has since been demolished.

The hills of Lisbon have always presented a problem for travel between the lower streets of the main Baixa and the higher Largo do Carmo (Carmo Square). In order to facilitate the movement between the two, the civil and military engineer Roberto Armenio presented a project to the Lisbon municipal council in 1874. A similar project was suggested in 1876, that included rail-lines that would be pulled by animals up an inclined plane.