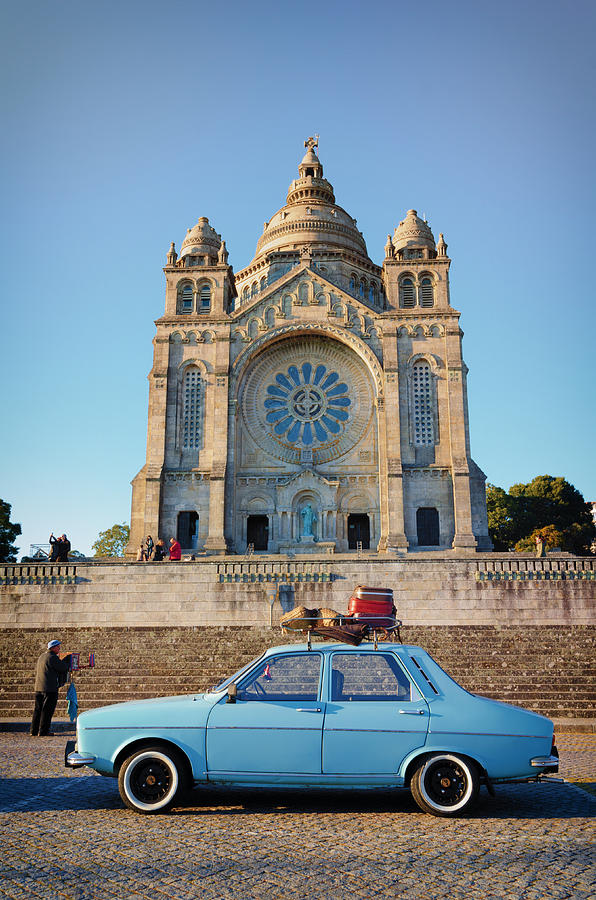 It offers an incredible view over the Rio Lima, the sea, the city of Viana do Castelo and the surrounding complex mountainous.
The construction of the Sanctuary began in 1903, by order of Father Antonio Martins Carneiro. Two architects were responsible for the project. Miguel Ventura Terra was the first one to take the job and Miguel Nogueira Junior replaced him in 1925.

The architectural style is inspired by Roman-Byzantine style, integrated into the revival style of architecture that characterised the turn of the century. Its impressive rose-windows are the largest on the Iberian Peninsular and the second largest in Europe.

You can climb the Santa Luzia Mount by cable car, car or the steps. This place overlooks an important swathe of the Vale do Lima valley and a large part of the waterfront, to the north and south of the river estuary, as well as the lush, green hills. This panorama was considered by National Geographic Magazine as the 3rd most lovely in the World.

The Sanctuary also includes the Nucleo Museologico do Templo-Monumento de Santa Luzia (Museological Center of Temple-Monument of Santa Luzia). The collection consists of pictures, carvings, tiles and others.

Thanks so much, Judy!