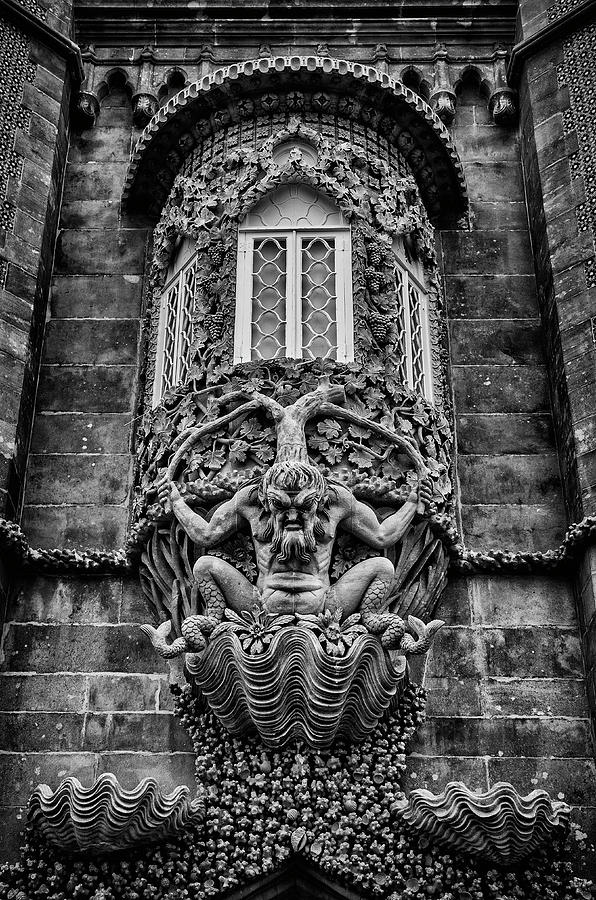 The Triton of Pena Palace.

The Triton of Pena Palace.

The depiction of a mythological triton, symbolizing the allegory of creation of the world at Pena Palace, Sintra, Portugal.

The Pena Palace, or Palacio da Pena in Portuguese, is a Romanticist castle in Sao Pedro de Penaferrim, in the municipality of Sintra, Portugal. The castle stands on the top of a hill in the Sintra Mountains above the town of Sintra, and on a clear day it can be easily seen from Lisbon and much of its metropolitan area. It is a national monument and constitutes one of the major expressions of 19th-century Romanticism in the world. The palace is a UNESCO World Heritage Site and one of the Seven Wonders of Portugal. It is also used for state occasions by the President of the Portuguese Republic and other government officials.

The castle's history started in the Middle Ages when a chapel dedicated to Our Lady of Pena was built on the top of the hill above Sintra. According to tradition, construction occurred after an apparition of the Virgin Mary.